Garland is the passion project of chef and rock guitarist, Cheetie Kumar. 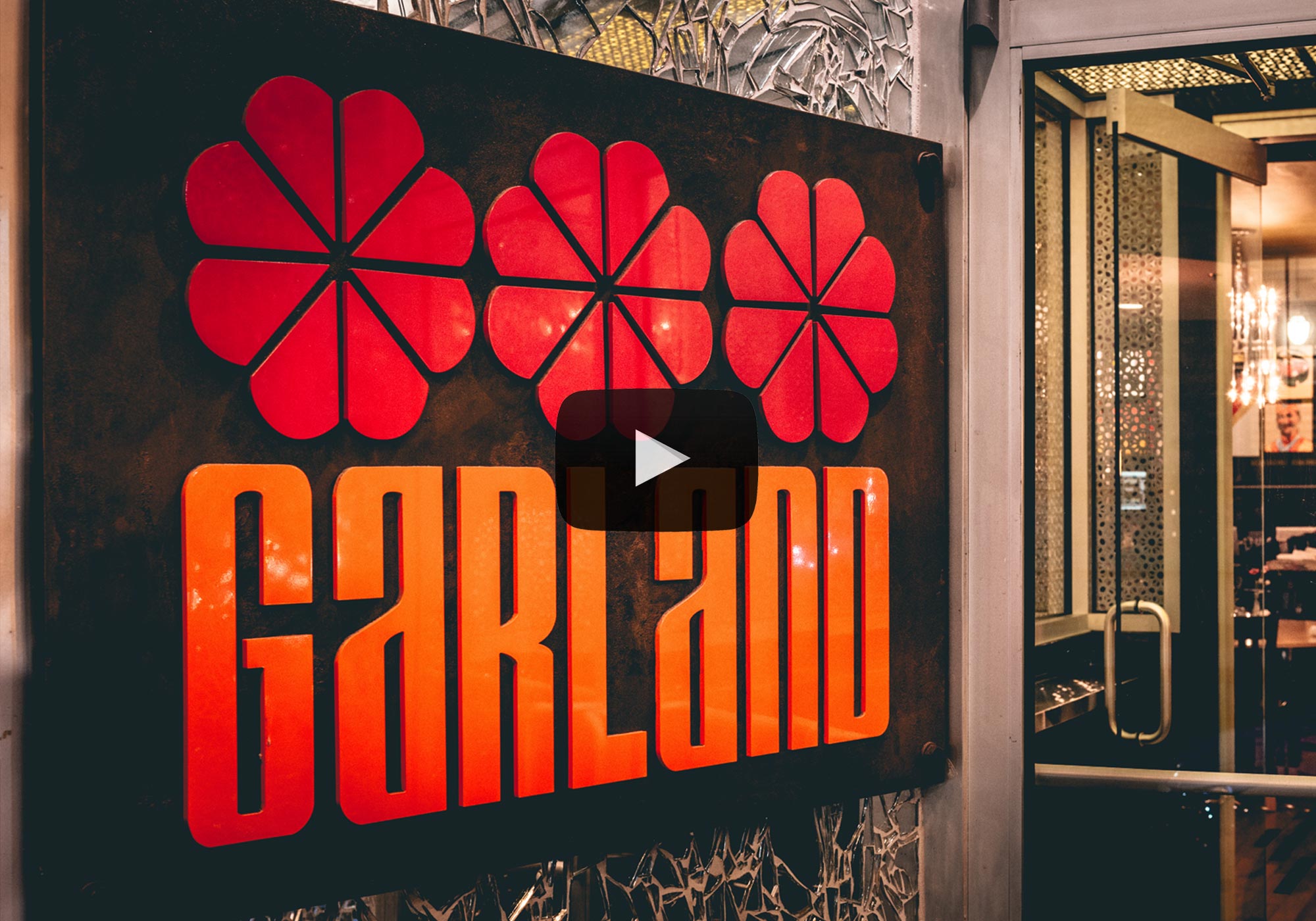 The seasonally driven menu is influenced by the flavors of India and Asia, with locally sourced ingredients reinvented with a distinctly Southern flair. Its extensive menu of approachable creations features innovative and delicately prepared dishes that are truly unique. Garland continues to wow the culinary scene in Downtown Raleigh, North Carolina offering a casual dining experience in a comfortable yet funky space, with great food, delicious seasonal cocktails and an adventurous wine menu.

Cheetie is an Indian-born, Bronx-raised, Southerner, musician, and chef. She has been cooking multicultural menus at her beloved Raleigh, NC restaurant, Garland, where she blends flavors of South Asia and the surrounding regions, with the bounty of the local North Carolina agriculture. Cheetie’s cooking is refined and thoughtful, filled with equal parts imagination and rebellion. It is unassumingly delicious and filled with soul. She is a six-time James Beard Awards Semifinalist and was a Nominated Finalist for “Best Chef: Southeast” in 2020 and 2022. 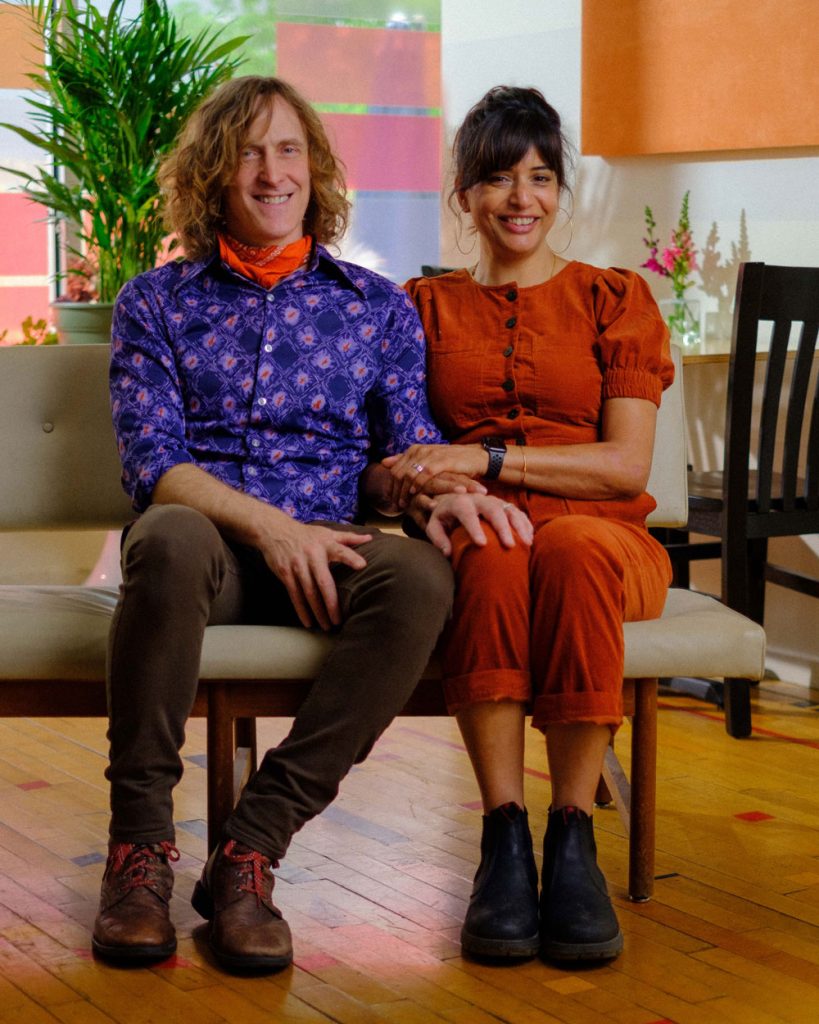 As a child in India, Cheetie could often be found in the kitchen with her mother and grandmother watching and learning as they prepared daily meals. Her family held strongly to their culinary heritage, thoughtfully passing on generations’ old technique and authentic preparation. When Cheetie was eight years old, the Kumar family relocated to Bronx, NY. About that time, Cheetie shares: “I was immersed in a world of various ethnicities and new cultures. As a child struggling to forge an identity in a new country, food and cooking were the languages that bridged my family and new friends.”

After high school, Cheetie attended the University of Massachusetts, Amherst, where she majored in Psychology with minors in History and Comparative Literature. While there, she also earned a solid education in music production, show, band management, and promotion while working at the university’s radio station and as part of the school concert board. It was those experiences that led to her move to Raleigh, NC to pursue a career in music.

In Raleigh she found a community filled with creative musicians and artists, and she also discovered a culture rich in agriculture, racially diverse food sources, and a culinary history that is as complicated as it is delicious.

Cheetie is a self-taught cook who studied recipes while pursuing her career as a guitarist in bands The Cherry Valence and more recently Birds of Avalon, alongside her husband and business partner, Paul Siler. The years they’ve spent on tour, and as the owners of the music venue Kings and adjoining cocktail bar, Neptune’s Parlour, taught Cheetie the value of the independent, artistic spirit that is the backbone of the downtown Raleigh community where she and Paul find inspiration and are happy to call home.

Cheetie was profiled in the New York Times in October 2018; Southern Living in September 2019; and The Wall Street Journal in 2020, among many other national publications. She currently serves on the board of the Independent Restaurant Coalition.

Paul is an artist in the truest sense of the word. Working via a variety of mediums, Paul’s artistic vision and work come to life at Neptunes Parlour, Kings, and Garland – by way of design, décor, sound, hospitality, and heart.

A professional musician, Paul plays guitar with Birds of Avalon and Enemy Waves, as well as with The Whom, a tribute band that celebrates The Who during their “Live at Leeds” era. When he isn’t on stage, Paul’s welcoming hospitality perfectly complements Cheetie’s cuisine at Garland. Located directly above Garland is Kings, a live music venue and Downtown Raleigh cultural touchstone that he opened with two friends in the early aughts; just below Garland is Neptunes Parlour, a popular subterranean cocktail bar.

A born-and-raised North Carolinian and NC State alum, Paul is also an avid basketball player and golfer. While at NC State he found his niche and inspiration within the indie and punk rock culture and began working for various band management companies – where he and Cheetie met. He later bought a used Ford Econoline Van and spent a good portion of his adult life touring North America and Europe playing music. 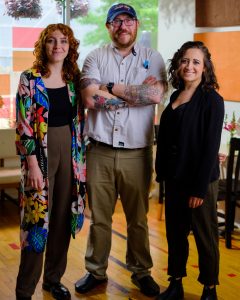 Please use the contact form to inquire about larger parties and private events.

It is with many emotions that we announce the closing of Garland in its current location.  14 W. Martin Street has housed Garland since its inception in 2013, and Kings and Neptunes since 2010.  Operating on Martin Street for more than a decade and being an important part of Downtown Raleigh has brought us more joy and fulfillment than we could have dreamed.  We have evolved over this time and feel so proud of becoming a part of this community.
Operating through the pandemic over the last 2 years, has shown us the potential of these amazing spaces and we look forward to ushering in their reinvention.

In the short term, please stay tuned for updates on pop-up dinners, shows and other events at Martin Street in the near future.

Our priority has always been to take care of our incredible staff, the many local purveyors, and our guests who we have had the pleasure of welcoming into our spaces.  We will continue to be dedicated to our local foodways, a healthier food and beverage industry, the arts, and our community in our next incarnation(s). Thank you for supporting us, and we look forward to our next chapter.  We will share details soon!